”Helping each other is part of our culture”

JYSK's values are strong and part of who we are. That becomes even more clear when the world is hit by a pandemic and unexpected challenges become everyday life.

With the entry of the corona pandemic, the world was turned upside down. Everything we knew suddenly became unfamiliar and uncertain.

Or that is almost everything. For some things also remained the same, grew and became even stronger: Our JYSK values.

“We have experienced that the unity and loyalty both between colleagues and towards JYSK has become even stronger. It is very clear that our values live and breathe throughout the entire company. We are extremely proud of that,” says Mikael Nielsen, Executive Vice President Retail.

It has been and continues to be a difficult time for many, both privately and at work. In several countries, the stores have been closed for longer periods and in some countries more than once. And unfortunately, we are not at the end of the corona pandemic yet.

"We take care of our people, that is a part of our core values. We are always - and even more so during corona - completely dependent on our employees. We must stand together, be flexible and loyal and have respect for each other and the difficult situations that many of us face. Most important of all, we must help each other. And we have seen countless examples of this. It is fantastic and part of the reason for the success we have experienced despite corona,” says Mikael.

When the second wave of the corona pandemic hit Spain in August, the first Spanish JYSK store was also affected when an employee from the store in Malaga tested positive. Less than two hours later, the store was closed and all colleagues sent home for testing.

Meanwhile, District Manager Jorge Martin took to the neighbouring store in Mijas. The next day, a team of colleagues from Mijas was ready to help. Everything was disinfected and the following day the store was ready to reopen.

"It was chaotic for my colleagues, but they managed everything impressively well," says Braulio Da Rocha, Store Manager in Malaga.

For a week, the employees of Mijas worked to keep both their own and the store in Malaga running before a normal everyday life could return. But only for a brief moment until corona struck again. This time in Mijas.

"As soon as I heard that the store in Mijas was affected by corona, I went to help. It was a personal thing for me. They had done so much to help us,” says Braulio.

Several of the colleagues from Malaga followed.

"When I told them about Mijas, they were ready right away. They wanted to help - it came straight from the heart,” says Braulio.

Braulio and his colleagues are also grateful for the support and backing they received from JYSK as a company.

"A lot of decisions were made very efficiently, which made it possible to find a quick solution. This meant that it all ended well," says Braulio.

Colleagues more important than ever

In Slovakia, all stores were closed for a longer period in the spring due to restrictions and the second wave of the corona pandemic has also hit the country hard.

Recently, two stores were facing a temporary closure because more employees were sick. But a team of good colleagues from the district stood ready to help, meaning that the stores were able to remain open.

One of these colleagues was Libor Kubranský, Store Manager at Považská Bystrica.

“Helping each other is part of JYSK's culture, and it is more important now than ever, as these are really hard times. I have experienced that it gives new energy and a boost to the mood when a colleague shows up offering help in need,” says Libor, who has assisted in both in Trenčin and Čadca.

Libor, who has worked in four other places prior to JYSK, describes JYSK's culture as something very special.

"We are members of a family - it is a completely different feeling than I have known before. We talk openly about our challenges, and in JYSK there is always help to be found. I am proud of the company and the way the corona pandemic has been handled.” 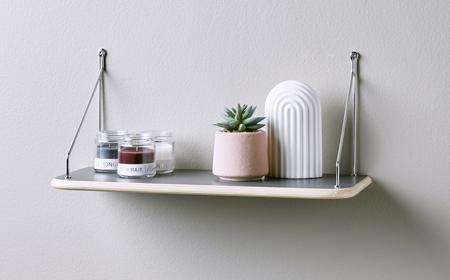