When JYSK founder Lars Larsen passed away in 2019, it was his son Jacob Brunsborg, who took over as Chairman of the Board in Lars Larsen Group. Since then, it has been his responsibility to carry on with the family-owned company.

GOJYSK.com meets Jacob Brunsborg in his office at the Head Office in Brabrand. His office is located one floor above the reception and with CEO & President in JYSK, Jan Bøgh, as his closest office neighbour.

In his first period as Chairman of the Board, Jacob did not know how often he would be at the Head Office in Brabrand. Would he be seen as a big part of the team? However, he soon felt that his presence and participation was highly valued.

"I like being here much more than I thought I would. If I would just sit here for seven hours every day and only respond to emails, I might as well do it somewhere else. But I think it is important to be visible and to take part in various meetings,” says Jacob.

The last two years have been flying past for Jacob.

In addition to the grief over his father's death in August 2019, it was of course a great upheaval to take over the position as Chairman of the Board of JYSK Holding (now Lars Larsen Group). And then the coronavirus situation has also offered plenty to deal with in the last year and a half.

Jacob, however, has felt well prepared. Both by his father and by his own experience in JYSK. Since 1995, he has worked with CEO & President Jan Bøgh, and it was Jacob who took over as Purchasing Director in 1999, when Jan Bøgh became CEO. Since 2006, he has mainly spent his energy on the role as board member in the companies in Lars Larsen Group.

“I do not think it has been difficult, but it has of course been a lot of work. I have been here all the time, but I have not been a very visible person before now. I know the company through 40 years and have worked together with the top management for many years,” says Jacob.

Next generation must be prepared

In his role as Chairman of the Board, it is Jacob's task to help prepare the strategy for JYSK and the other companies in Lars Larsen Group. In addition, it is also an important task for Jacob to make the next generation of the family, Jacob's two children and his sister's two children, ready to become good owners.

Here a plan has been made to give them as good a preparation as possible. That involves education, courses in board work, but also just general awareness of which responsibilities they are given.

"It is both exciting and fun because the world we live in is changing so much. Many companies are taken over by private capital funds, and many things become impersonal. I believe that if you do it right and are aware of human values, then it is possible to feel the difference between a family business and a private capital company,” says Jacob. Wants to be visible internally

That is why it is also important for Jacob to be very present at the office in Brabrand. In addition, he also prioritises saying a few words when there is International Introductions Day, Country Manager meetings or the annual JYSK party, so that employees can see and feel that there is a real person behind the title.

However, he will never be as visible as his father. At least not externally, where Lars Larsen in Denmark was well-known in the public for his appearances in TV commercials, and therefore also always the one the press wanted to talk to. That role neither can nor will Jacob take on, as it would not make sense to do so, when it was his father who founded the company and not Jacob.

"My father was the image of JYSK and therefore said 'I' about everything that was about to happen in JYSK. I am more of a ‘we’ person now. I have a greater recognition that what we create is a team effort. But of course I still have to make some decisions from time to time,” says Jacob. 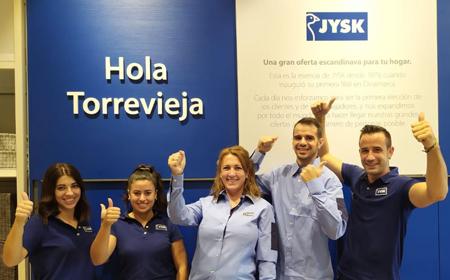 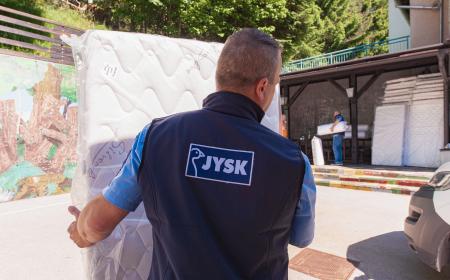