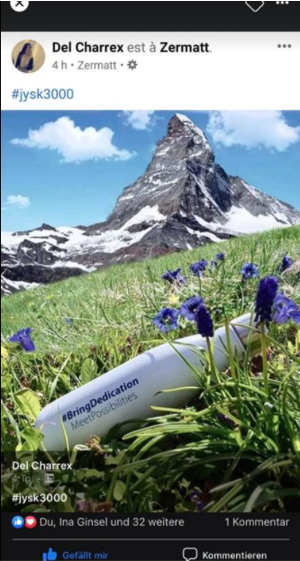 A snow-clad mountain reaching towards the sky. A dance lesson in an old factory with graffiti on the wall. A trying trek through a muddy forest on a sunny day.

What do these three scenes have in common? They were all posted on JYSK employees’ social media profiles with one recurring element: the reusable JYSK water bottle with the words “Bring Dedication” and “Meet Possibilities” on the side, which was a gift to all Store Managers.

In May, JYSK launched the largest ever employer branding campaign, which celebrated our current 3,000+ Store Managers and aimed to improve JYSK’s brand as an employer. As part of the campaign, each Store Manager received the photogenic water bottle, which has since travelled wide and far in social media posts.

On 13 June, the campaign wrapped up after a busy month across Europe. GOJYSK.com asked Kateryna Babenko, HR Director, to evaluate the historic efforts.

“Overall, I would say it has been a very successful campaign, both internally and externally. On social media, we have reached more than 45 million people out of our defined target group of 65 million people. That means we have showcased JYSK to almost 70 percent of the people we wanted to reach. That is really fantastic,” says Kateryna.

The impressive numbers have also resulted in a significant increase in traffic to JYSK’s jobsites. The amount of visitors jumped 50 percent during the campaign, with some countries reaching 100, 200 and even 300 percent increases. The number of applications per job has also spiked during the campaign.

Watch a video from Norway below:

Proud to be a part of JYSK

Perhaps equally important, the campaign has engaged many employees in promoting JYSK as a good and fun place to work.

Results from the campaign

“Whether it is the extremely popular geocaching challenge in the Czech Republic or the online fitness training sessions in Bulgaria, we have seen so much engagement from our colleagues during this campaign. I am extremely proud of the engagement – it is far above what I expected. We of course hope that will have a positive effect on the long term to show that our employees are really happy and proud to work at JYSK,” says Kateryna.

Now the next challenge for everyone at JYSK will be to convert the boost in interest to even more employer branding and to finding the 2,000 future Store Managers and other colleagues to secure JYSK’s continued success.

See some of the many posts in the gallery below: 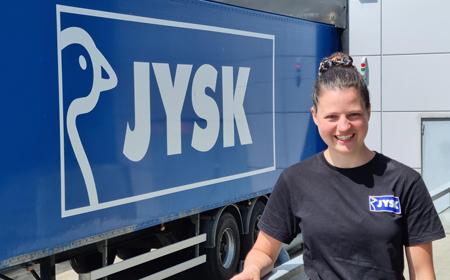 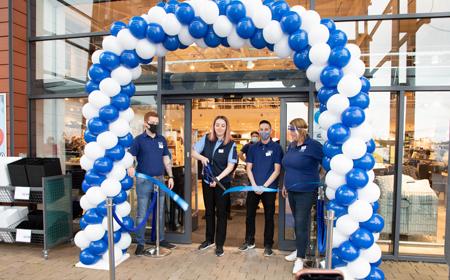 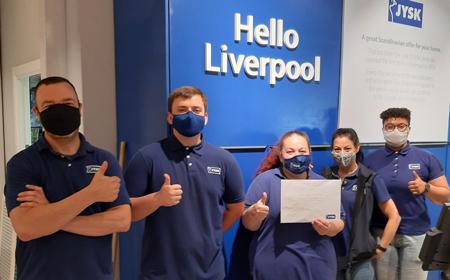