Michael Olesen, Head of Retail Operation, and Fokke Been, Regional Concept Manager, visited the store to award the trophy and congratulate their colleagues. During their visit, GOJYSK.com asked what the team have done in order to come in at 1st place.

Michael Olesen explained why they chose JYSK Brașov 3 as the winner:

“The store was fantastic. The furniture area and the shelves were well filled and, on top of that, the members of the staff were smiling and they were actually serving customers, instead of just walking around with us. When looking into attractive stores, we aim for the stores to be nice, but that is only a precondition to give our customers the best service."

After the Country Managers found the most attractive stores in their countries, the three best stores were chosen.

"We visited Sunndalsøra in Norway, Sorø in Denmark and Brașov 3 in Romania.  It was a fantastic experience to visit these stores, to talk to the Store Managers and the store staff, and to see what it is that they do differently from the other stores. It was amazing to hear that what they do is actually to use our tools. They work according to our guidelines, they use our mobility tools, they use MYJYSK and then, when they spot something in their morning round or the area they are responsible for, they just fix it. It is no big secret - they just do it,”, explains Michael Olesen, Head of Retail Operation.

“The store reflects full focus on concepts. They are also very much into the details. All the details that we describe in the concept are implemented in the store. The stockroom is fantastic, the staff is good, they work with the mobile like Retail says they should,” says Fokke Been, Regional Concept Manager.

Both Michael and Fokke agree that when we have a competition, the stores raise the bar and the general attractiveness of stores is increasing. However, Michael Olesen also sees an improvement in JYSK stores’ attractiveness in general, not just during competitions.

“No matter where I go, also in my spare time, I visit the closest JYSK store. I saw some fantastic stores out there. The ones who have been in JYSK for several years are going in the right direction. It was nice to see that our normal store concept also had finalists, we had in the final both 3.0 stores and 2.0 stores. That was nice, because it is up to the store staff to secure that we have nice-looking stores.”

The JYSK Brasov 3 staff were enthusiastic when they heard the news. During the visit, they were smiling all the time, in a mix of emotions: happiness, pride and shyness.

At the same time, they served the customers, who, in Romania, are generally solution seekers, so they ask a lot of questions to find the product that suits their needs.

HOW TO HAVE AN ATTRACTIVE STORE

“Start with the basics. The basics are described in the concept. Look through the eyes of the customer, what do they expect when they come into the store. Serve them, be there for them. If you have the basics right and the store is good, it is up to you to surprise the customer with customer experience on a high level."

“First of all, this contest made us work closer together as a team. We became part of this team at different times, some of us are new, others have been here since the opening day. This contest united the team and raised the performance of the staff. We saw our flaws, we saw where we needed to work harder, and we improved the aspects that they told us we should improve in the previous rounds of the contest,” says Beatrice Alina Tudorie, Sales Leader in JYSK Brasov 3. 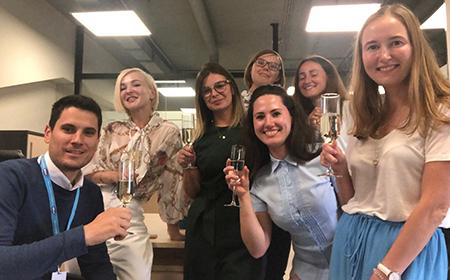 Igor and his team will bring JYSK to Russia

24/01/2020 - On 2 April 2020, JYSK will open the first two stores in Russia. Country Manager Igor Raic is the man in charge. Right now, he is working hard together with his new team to get everything ready for the opening. 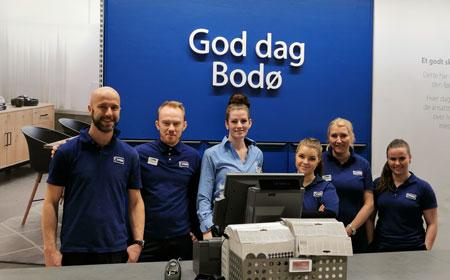 ESS 2020: See how your colleagues have improved their workplace

23/01/2020 - Since the latest ESS (Employee Satisfaction Survey) in 2018, JYSK colleagues have worked hard to improve their own workplace in ways both large and small. 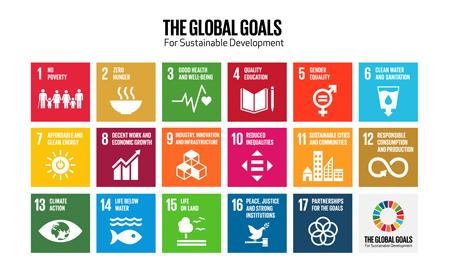 Global Goals as a new framework for JYSK’s sustainability work

20/01/2020 - JYSK has decided to introduce UN’s Global Goals for sustainable development as the overall guideline for our work with sustainability.