Logistics is an industry full of challenges, especially when it comes to delivering goods to more than 650 stores. Natalia Lach is the new Logistics Manager at DC Radomsko.

During her early years at school, Natalia had a wish to become a teacher. However, as she admits, her vision of the future became more pragmatic after the years. As a part of her studies, she chose logistics and began gaining knowledge and experience in the first years of study by working in a local warehouse.

“After the first class, I knew it was the right way. I quickly started to practice the knowledge gained at studies and I found employment in the company as a warehouse worker. Over the years I developed, got promoted and reached managerial positions,” says Natalia.

NEW IN THE POSITION

Natalia has now been in the position of Logistics Manager for two months. A large part of her time is spent introducing new tasks, delegating activities by the current manager.

“It is a position that initiates activities, gives direction, and takes care of the implementation of topics. Besides, it has a supporting and motivating role for the team. Huge responsibility, but also satisfaction by working with the team and achieving goals,” Natalia explains.

She also admits that after the nomination, she happened to hear a few voices of surprise due to her gender or age - she is one of the youngest Logistics Managers at JYSK at the age of 33.

“I was raised in a way in which I was always told that it does not matter what gender you are because you can do anything," Natalia says.

GO AFTER YOUR GOALS

When GOJYSK.com asked about recommendations for women about reaching for more in the professional sphere, Natalia noted that you just have to try:

“We live mainly for ourselves, and we should do it in a way that makes life interesting. Sometimes it may go wrong, but it doesn’t matter - we try again, maybe in a different way. It is always better to try,” she says. 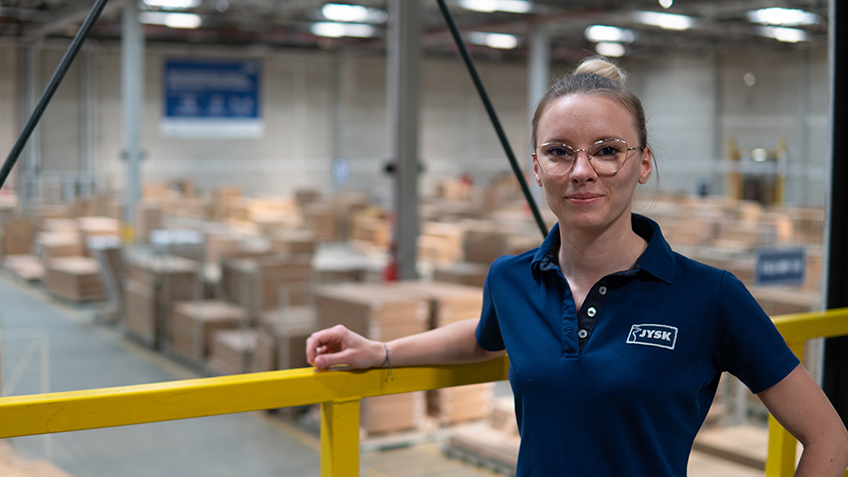