Jacob Brunsborg turns 50: ”I am excited by what lies ahead” Hitting the big 5-0 can be an overwhelming experience for some and cause people to look back and take stock of their lives. But Jacob Brunsborg has a very laid-back attitude towards having reached ”half-time and a bit”, as he puts it.

Though Jacob does not mind getting older, he does not crave a lot of attention around his birthday either.

”I have never enjoyed being the centre of attention. So, I will not be at home, the day I am turning 50. My fondest birthday memories are from the times we went away as a family and ’hid’ somewhere,” Jacob says.

When Jacob turns 50 at the end of May, it (nearly) coincides with his three-year anniversary as Chairman of the Board of Lars Larsen Group; a position he came into in June 2019.

And much has happened during those three years. In 2020, the pandemic came crashing in, which then caused a global supply chain crisis and currently the horrific war in Ukraine shakes the world.

But there have also been many highlights. JYSK has achieved several record-breaking financial results, the milestone of 3,000 stores has been reached, and the rebranding of DÄNISCHES BETTENLAGER to JYSK is now a reality. Jacob has no doubt that the customers will opt for shopping in physical stores in the future as well.

”Especially after Covid-19, I have started to believe that as long as I live good old-fashioned retail will not go out of style. During the financial crisis 15 years ago and during Covid-19 as well we have shown that we are comfortable during financial ups as well as downs,” Jacob states. 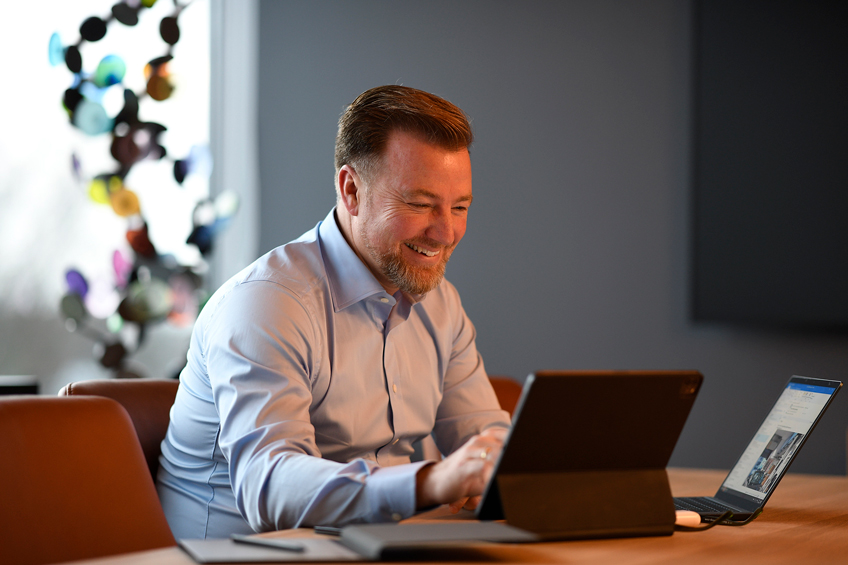 In seven years’ time it will be JYSK’s turn to hit the big 5-0 and Jacob is confident that the company will continue to develop in the same positive direction.

”It is my hope and belief that JYSK at that point will be going just as strong as now, because it is a company which has developed and grown organically through more than 40 years and has managed to renew itself without trying to be something it is not,” he says and continues:

”JYSK can do all levels. We can sell to all kinds of people. And I believe that will continue with more stores located closely to the customers, still looking nice and welcoming, with an attractive product and price range.”

Not a fan of surprises, however…

But for now, Jacob is the one turning 50. The birthday celebrations have been postponed to next year, where they will be combined with the celebration of his wife Helle’s 50th birthday and the couple’s 25th wedding anniversary.

”So we will throw a 125-years party next year. My wife and I have known each other since business school and we have celebrated all our round-number birthdays together, because we were both born in ‘72,” says Jacob and adds:

”But I do not really care whether I am turning 50 or 49 or 51. I am always excited by what lies ahead - which is kind of funny because I am not a big fan of surprises. And you never know what lies ahead, which always makes it a bit of a surprise.”