JYSK stood out as the big winner when the Swedish edition of Retail Awards took place.
The store chain received two prestigious awards at the industry gala.
– A confirmation that we are doing the right things, Johan Sjödin, Country Manager in Sweden, says.

Sweden's best store chains were gathered, but it was the Swedish branch of JYSK that went from the gala with the most statuettes.

On 12 October 2021, JYSK was named both the store chain of the year and to have the retail leader of the year. A proud Johan Sjödin, Country Manager of JYSK Sweden and this year's leader in retail-Sweden, sums up what he sees as the recipe for victory: the employees' solid efforts during a tough pandemic year.

– These are not my prizes but something we should all be proud of. We have become this year's store chain and it is the outcome of everything we have done together.

The jury praised Johan Sjödin for his leadership, which is present and based on solid knowledge. He is especially praised for his ability to create a positive competition culture and for having created an environment in which employees can grow.

– The combination of making great demands and still creating an environment where employees thrive and really want to do so, is the most important thing, he said from the stage.

The prize for the Retail store of the year was received by JYSK's HR manager Jesper Trapp. He highlighted JYSK's ability to handle the pandemic as a central part of the success.

– I think we have succeeded really well in tackling the whole corona situation, to adapt and at the same time have a fantastic staff that has rose and showed how strong of an organisation we are.

Johan Sjödin sees the prizes as a confirmation that the measures that has been taken at JYSK, with the aim to be become a prominent employer, have been right.

– This is not just something we walk and talk about, but something we have done that has also been noted from the outside by colleagues and competitors. You have to remember which companies we go up against here at the Retail Awards - yet we leave here with two awards at the same time as we are nominated as the Employer of the year.

Retail Awards, is arranged annually in collaboration between Swedish Trade Federation and the industry magazine Market. The success will be celebrated internally in JYSK in the coming weeks.

– We have a long-awaited staff party in Gothenburg on November 20, a party where we hope to be able to celebrate properly together with all employees and their respective.

RETAIL LEADER OF THE YEAR. Johan Sjödin, CEO of JYSK

The jury's motivation: “Under the leadership of Retail Leader of the Year, the chain has developed strongly. With solid knowledge of the company's business, he exercises present and situational leadership. With a lot of heart, employees are coached to grow and to move forward internally. He has also established a positive competition culture that engages in every single department.”

The jury's motivation: “During a year that has been challenging for most, they have succeeded in strengthening the results, expanding and initiating an upgrade of the concept, while at the same time taking an extra step to ensure customer safety. In all the changes that the chain makes, the well-being of the employees is in focus. ” Stories from the past year: Annual Report 20/21

02/12/2021 - Every year as we announce the results for the past financial year we also publish our Annual Report, in which you can find the highlights in JYSK from the past year. 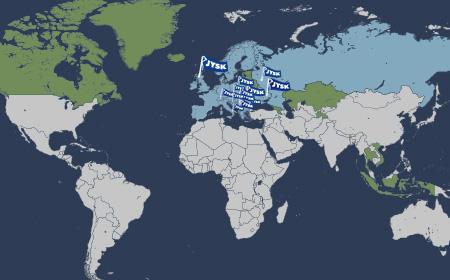 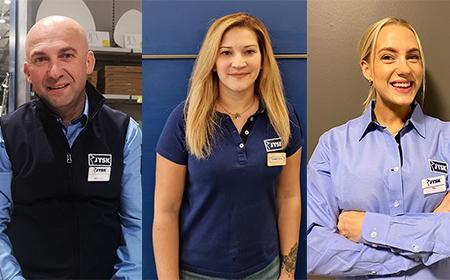 “My colleagues and I are a part of the success”

01/12/2021 - Åse, Mislav and Kavoura are all very proud of JYSK’s great annual results. The fact that the success makes JYSK a solid workplace also means a lot to them.