Igor and his team will bring JYSK to Russia

On 2 April 2020, JYSK will open the first two stores in Russia. Country Manager Igor Raic is the man in charge. Right now, he is working hard together with his new team to get everything ready for the opening.

It has been more than one and a half year since President and CEO of JYSK, Jan Bøgh, announced here on GOJYSK.com that JYSK were to expand to Russia in April 2020.

Now we are almost a month into 2020 and the opening day of the first two stores in Russia is getting closer day by day.

Head of the Russian JYSK adventure is Country Manager Igor Raic. Together with his new team in Russia and the rest of the JYSK organisation, he is working hard to get ready for the opening on JYSK’s 41st birthday on 2 April.

“We have been working hard on establishing JYSK in Russia ever since it was decided that we were going to expand to one of the world’s biggest countries. Doing business here is more complicated regarding the administrative part and the law is stricter in some areas, which has given us some challenges along the way. But everyone involved is working hard to get ready for the opening in April,” says Igor, who is originally from Croatia.

When he accepted the position as Country Manager, Igor was the only employee in Russia. Now 17 employees are working in the Russian organisation to secure a successful expansion to the new country on the JYSK world map, and more are still to be employed.

The Russian market is not totally unfamiliar to JYSK, as a franchise partner has previously tried to open JYSK stores in Russia, most recently in 2007. But according to Igor, a lot has changed since then. Therefore, the answer to why now is the right time to enter is clear.

"Of course there are things that need to be 100 percent adjusted to the Russian market, but that’s what makes it exciting to open a new country."- Igor Raic | Country Manager JYSK Russia.

“Compared to a franchise setup, we are now entering with our own stores, and that is a big difference. The support from the entire JYSK organisation and our experience will give us significantly more resources to be successful,” says Igor and continues:

“So why not now? When we were looking for new, potential markets, Russia was the one making the most sense. The size of the country and the population holds a huge potential for us. At the same time, we will be able to benefit from our experiences with JYSK's operation in Ukraine and in Eastern Europe in general. Of course there are things that need to be 100 percent adjusted to the Russian market, but that’s what makes it exciting to open a new country,” says Igor.

Igor will also draw on his own personal experience from working 10 years internationally within JYSK. He began his career in West Balkan as Account Manager, proceeded to Financial Manager, and proceeded from there to Retail Manager and most recently Country Manager in China. After JYSK closed down the business in China in May 2018, he was not sure what his next adventure should be.

“To continue working internationally within JYSK was a big wish for me. So when the opportunity in Russia was presented to me, I of course accepted. I like to try different things and this will give me more great experience. I also bring a lot of valuable experience from my time in China and I am sure it will be useful when opening a new country from scratch,” says Igor.

In general, the team of new of employees in Russia have received a lot of support from colleagues in other JYSK countries in regards to trainings, marketing, logistic, IT and much more. A support, which is very much appreciated in Russia.

"The effort our colleagues have done to help us really shows the JYSK sprit, and that is great to present to our new colleagues from the very beginning."
- Igor Raic | Country Manager JYSK Russia.

“We have received a lot of support from our colleagues in especially Ukraine, West Balkan and Poland, and we really appreciate it. The effort our colleagues have done to help us really shows the JYSK sprit, and that is great to present to our new colleagues from the very beginning,” says Igor. 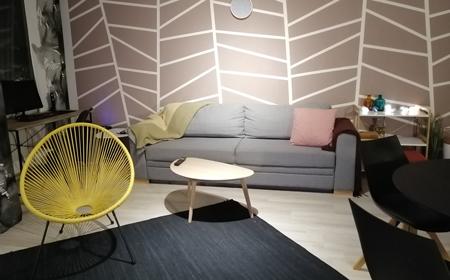 JYSK products in our own homes

17/02/2020 - See how your colleagues decorate their own home with JYSK products. 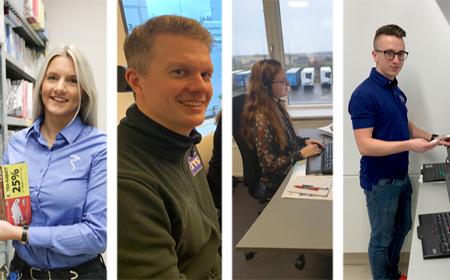 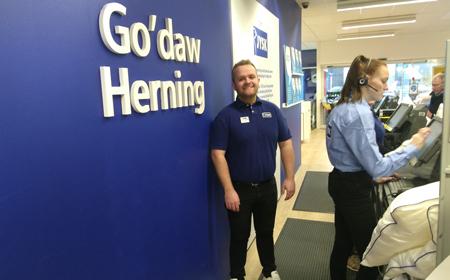