JYSK Franchise: From one store in Greenland to more than 200 in the world

The number of JYSK stores operated by franchisees has reached a milestone. With a new strategy for JYSK Franchise, the goal is to grow even faster and make the concept stronger.

Ever since JYSK Franchise opened the first store in Nuuk in Greenland in 1984, the number of franchise stores has grown steadily in many different countries in the world. More than 200 stores in 25 countries are operated by the franchise concept in JYSK.

“We have had the authorization to grow and we have amazing franchisees who have worked really hard. Tradesmanship has always been the red thread in all of our partnerships and something which we have had in common with our franchisees despite cultural differences, language barriers and large geographical distances,” says Frederik Kroun, Franchise Director in JYSK.

Franchise stores differ from other JYSK stores as they are managed by private franchise partners in the respective countries. The franchisees have access to concepts, marketing materials and the product assortment in JYSK through a franchise contract.

The concept has never been stronger

If we go back in time to the beginning of Franchise in JYSK, a lot has happened up until the 200 stores which adorn the world map today.

“In the beginning, Franchise and B2B were one department. When I started in 1997, we were a bit like cowboys riding on the sideline and shooting in different directions, because the franchisees had much freedom to operate the stores in their own ways. Since then, we have slowly worked our way up to where we are today, which is very different from where we started 35 years ago,” says Frederik Kroun, who together with Franchise Coordinator, Magnus Thorn Andersen, and Franchise Field Manager, Line Mortensen, runs the Franchise Department in JYSK.

"The concept, which is performing very well in JYSK in general, is also beginning to catch on in franchise countries."
- Magnus Thorn Andersen| Franchise Coordinator.

Over the years, the cowboy on the sideline has been riding the wave of growth and success in JYSK.  According to the Franchise Director, JYSK’s brand and concept has never been stronger and clearer than it is now, and that influences Franchise.

”The concept, which is performing very well in JYSK in general, is also beginning to catch on in franchise countries. It has never been clearer than it is now, and that makes it easier for our franchisees to follow. This means, that the development in the number of stores in Franchise has grown fast in recent years, and it has been a strong contributing factor in reaching 200 stores worldwide,” says Magnus Thorn Andersen, Franchise Coordinator.

The desire to expand the strong concept in Franchise is the focal point in a new strategy for Franchise, which is launched in the wake of the new strategy in JYSK called ‘Seamless and Closer to the Customer’.

“We would like to support our franchisees more than we do today and have a higher level of control with the Franchise concept. We have gained a lot of experience in JYSK over the years, and this means that we have obtained much more knowledge, which benefits the franchisees,” says Franchise Director, Frederik Kroun.

"Tradesmanship has always been the red thread in all of our partnerships and something which we have had in common with our franchisees(...)"
- Frederik Kroun | Franchise Director

The Franchise team supports the franchisees with for example advice on selecting the assortment, decorating the stores or pricing. In general, the partnership between JYSK. Franchise and the franchisees will be more structured and formalised, according to Franchise Director, Frederik Kroun.

“Our overall goal is to ensure the same customer experience in all JYSK stores across the world. At the same time, we want to utilise the potential for expansion in our existing countries. It is a result of the overall success in JYSK, and we would like to apply that success to our franchisees and contribute to even more growth for them in the future,” says Frederik Kroun. 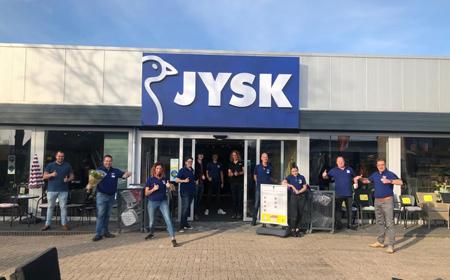 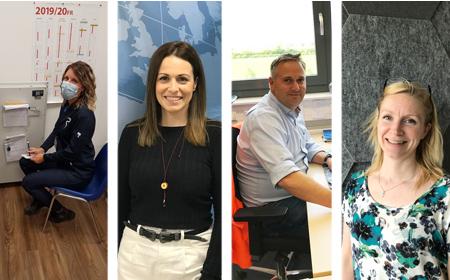