JYSK celebrated as 'Investor of the Year' in Bulgaria

With an investment of more than 100 million EUR in a brand new distribution center in Bozhuristhe near Sofia, JYSK has invested heavily in Bulgaria. Thursday March 7 this was rewarded when JYSK received the prize as Investor of the Year in Bulgaria.

So far JYSK has invested more than 100 million EUR in the distribution center, which will service JYSK stores in Bulgaria, Romania, Serbia, Croatia, Slovenia, Bosina-Hercegovina and Greece.

This huge investment in Bulgaria is the reason that JYSK received the prize as “Investor of Year 2018” during an award show held in Sofia on March 7.

An award which is handed out by the governmental organization InvestBulgaria.

”It is a big recognition of our unique investment, and the fact that this facility is the first of its kind in Bulgaria. In that way the JYSK distribution center is groundbreaking in Bulgaria, and this is of course something, which we are very proud of,” says Troels Fynbo Larsen, Contract Manager Logistics in JYSK.

Great job by all employees

The award was presented by the Bulgarian Minister of Economi, Emil Karanikolov, while it was Operations Manager of JYSK in Bozhuristhe, Allan Jonassen, who received it.

“It was a great experience, and a great show, and we are very honored to receive this award” said Allan Jonassen.

In his speech he thanked the many governmental institutions and partners in the project, but one group in particular was singled out and given extra attention.

“I took the opportunity to thank all of our great employees in Bozhuristhe. They have shown incredible engagement and team spirit, and without them it would not have been possible, said Allan Jonassen.

Right now JYSK are busy hiring additional employees for the next phase of the project. From December there will be a big step change, when operations are expanded from servicing 75 stores in three countries to 250 stores in seven countries. 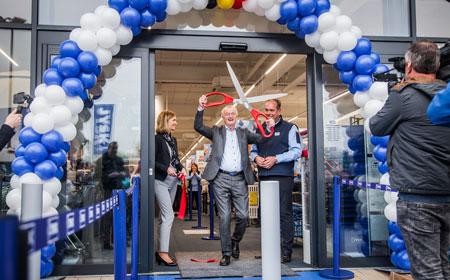 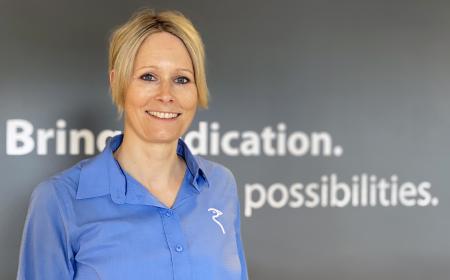